The store will not work correctly in the case when cookies are disabled.
E-mail: sales@pickaudioshop.com
Language
English
My Wishlist
My Account

Skip to the beginning of the images gallery

Be the first to review this product
€597.74 €494.00
In stock
Only 2 left
SKU
ctp-dbbox
dBbox hand held audio tester
Add to Wish List Add to Compare
Follow Us

We have updated our dBbox2 and now present the dBbox3, now even more essential for the sound and audio installation engineer.
The unit includes a more efficient power supply for longer battery life along with an automatic power off system. The accuracy of the test timecode generator has been improved and the cable tester now also tests the XLR earth wire. Improvements have been made to the MIDI circuitry and we have added a LED ‘torch’. We have increased the loudspeaker volume and other improvements have been made for more flexibility with future firmware updates.

The dBbox3 allows monitoring, metering and generation of analogue, AES/EBU and SPDIF audio from a pocket sized box.
The dBbox3 includes a simple five key menu interface to make any test as simple as possible.

The case has been formed using our own purpose designed aluminium extrusion then machined and painted to give the unit it's very individual look.

What you can do with the dBbox3:

Monitor microphone level analogue inputs, with or without 48v phantom power, using the built in speaker or headphones. Meter using either PPM or VU meter scale with stereo phase meter.

Monitor AES/EBU balanced or unbalanced inputs at 48kHz, 96kHz and many other sample rates using the built in speaker or headphones. Meter using -18dBFS, -20dBFS, PPM or VU scale with stereo phase meter.

Generate steady tone, tone sweep, GLITS, EBU, left only, right only, on both analogue and AES/EBU outputs at 48kHz or 96kHz. Tone frequency may be adjusted in third octave steps. Adjust Tone level from +10 to -60dBu in 1dB steps.

Use the built in microphone to talk to analogue or AES/EBU outputs.

Generate pink or white noise and send to left/right/both outputs in both analogue and AES/EBU with a choice of levels in 1dB steps from +10dBu to -60dBu.

Use the built in microphone to talk to AES outputs with a choice of levels and with a built in limiter.

Send an external mic to analogue and AES outputs with gain adjust and phantom power.

Read longitudinal timecode at 24,25,29.97 and 30fps with level metering, monitoring, freeze and feedthrough.

Generate longitudinal test timecode at 24,25,29.97 and 30fps with set time and start/stop.

MIDI transmitter with a choice of note, channel and velocity, note on and note off.

Use the dBbox3 as an analogue to digital or a digital to analogue converter with adjustable gain in 1dB steps, a limiter and HF, LF and Mid range equalisation.

Four wire box using the built in microphone and speaker or headphones.

Intelligent power control to extend battery life. The dBbox3 automatically switches off all electronics not required for the current task. A dynamic battery level indicator shows if you have enough battery power for a selected function. Automatic switch off function programmable from inactive to 127 minutes.

Light up your life with the built in LED ‘torch’.

The architecture of the dBbox2 is based around a powerful digital signal processor and a separate microcontroller allowing us to add many more features in the future with just a firmware download from our website.

We also offer a soft case for the unit and a universal mains adaptor.

Write Your Own Review

Stock Messages
Stock: Item is available in our warehouse ready for inmediate delivery.
On Demand: Item served upon request. Shipment deadlines are approximated.
Temporarily Out of Stock: Item out of stock but usually in stock. Shipment time is less than 10 days.

Delivery Times
Delivery times are approximate, items are usually delivered before these times. Once your order you will receive an e-mail giving you a more accurate estimated time of delivery. If you would like to know the delivery time before placing an order, please e-mail pickaudio@pickaudio.es indicating references and quantities to be purchased. You will receive a reply in 24/48h. 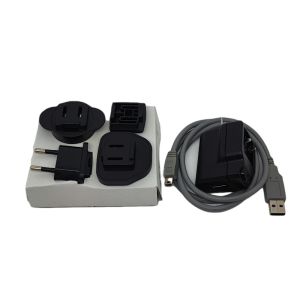 Use of Cookies
In order to improve our services, we use third-party cookies that allow us to obtain statistical information from users. If you continue browsing we consider that you accept its use.
Accept Close More Information
Cookie Settings